What is FMI? How is it related to Virtual Commissioning? 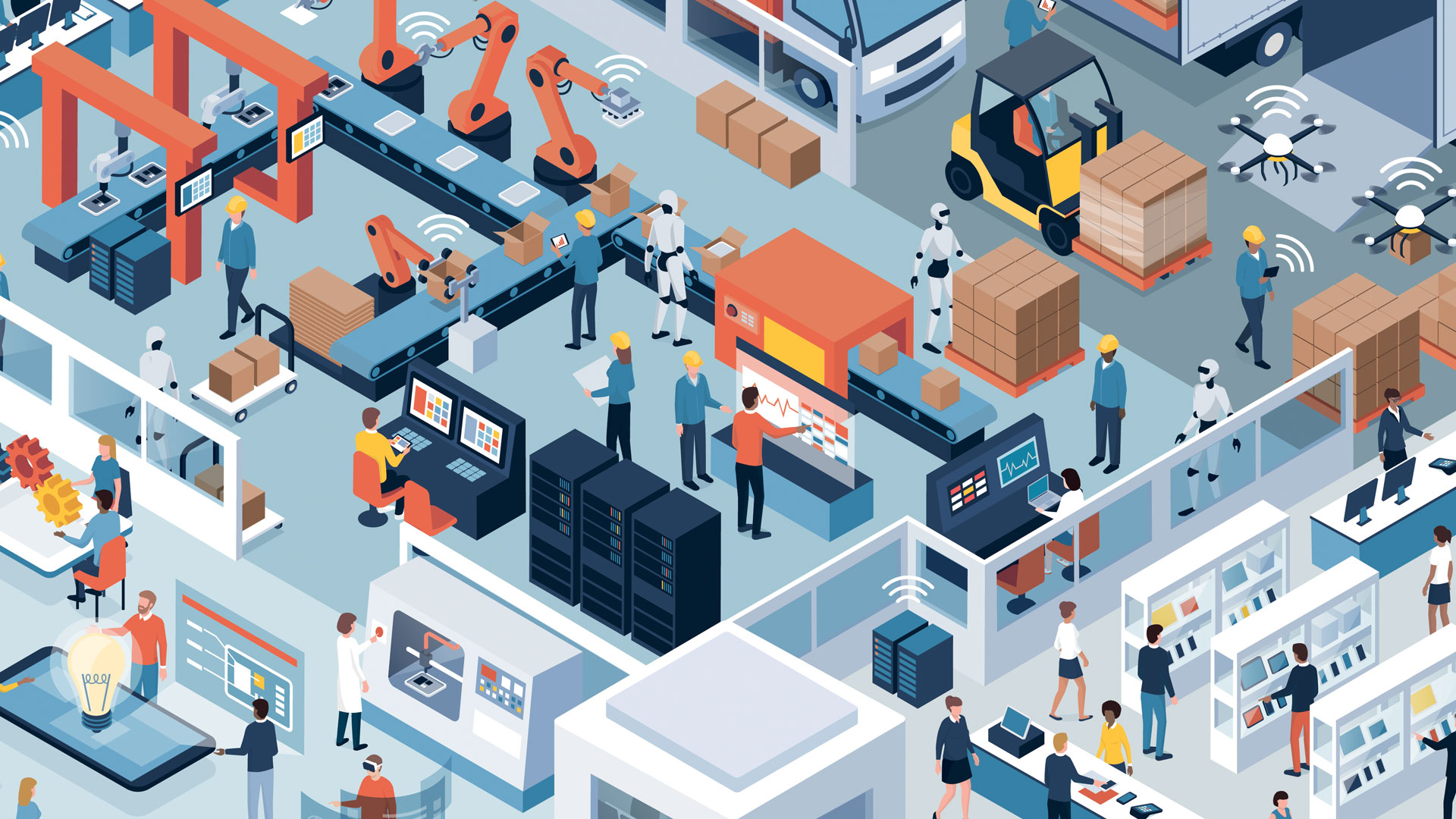 Organizations are under increasing pressure to minimize the downtime of their manufacturing facilities and plants. This is especially challenging when they are commissioning systems for assembly lines and cells. Virtual commissioning, a model-based approach, can foster this goal by reducing the time required to validate the performance behavior of production systems.

To enable virtual commissioning, models are created that emulate the behavior of an individual components in the system. Such simulation models have two sides, representing the logical controllers and the physical components of that system.

However, virtual commissioning models often can’t operate in a silo. They must seamlessly work with other such models to enable the simulation of an entire production environment. Modeling applications continue to evolve and multiple stakeholders are creating these models, making it a complex undertaking. Yet, new advancements and standards are emerging.

This post will address some of the shortcomings associated with the models used to enable virtual commissioning and introduce potential solutions.

This post is Part Three of a four-part series:

The Multi-Company Side of Virtual Commissioning

When creating a production system, or modifying an existing one, a vast array of components must be carefully chosen to carry out assembly line tasks. The facility operator or plant owner has to hire a wide range of contractors to set up and maintain these production systems.

These systems are regarded as long-term assets that could remain in the manufacturing facility or plant for decades. Old systems are removed from time to time and new ones are introduced, however, affecting the entire production environment. Even the smallest change to one cell could have major repercussions for the entire system.

Virtual commissioning gives organizations a reliable and cost-effective way to evaluate systems and their effect on the production environment. Instead of plugging a new system into a physical assembly line or cell and measuring its impact, a simulation model is used to digitally test the effect. Anyone can use a 1D simulation to digitally test and verify that everything works as expected. Downtime of the physical production environment is minimized and organizations have a safe, virtual place to test and optimize different production configurations.

To achieve this, a series of models for each production system must be created. This is not the responsibility of one individual. Contractors, service providers, and even equipment providers often develop their own individual models. What’s more, not all companies use the same software applications to build these 1D models. Indeed, people working in the same organization sometimes use different applications to create models.

A mishmash of models is often the result. The only feasible way to leverage virtual prototyping in these environments is to reuse each other’s models. But all of them must work together to enable accurate simulation of the entire production environment and realize the benefits of virtual commissioning.

The Ever-Evolving Reality of Software

As the complexity of modern production environments steadily increases, the evolution of software pushes the boundaries of virtual commissioning and encourages innovation and cutting-edge functionality. However, software improvements also cause problems. For example, it may be impossible to open or run previous versions of a model in the latest version of the modeling software. This is a particular concern for owners and operators with large models of their production systems. They can ill afford to remodel these large systems every time they install a new version of their modeling software.

Digital models of production systems that are collected and maintained over time are especially susceptible to such problems. When it is time to update or modify a production system, updating the model and using it to virtually commission the system ahead of physical commissioning is beneficial. However, if older models are incompatible with newer versions of software applications, they must be recreated by the organization.

Owners and operators end up with a patchwork of 1D simulation models built using different software applications or running on different versions of software applications. These disparate models may not work together, which is a problem when an overarching view of a cell, line, facility, or plant is desired. This isn’t the fault of the models or their designers. These models weren’t meant to talk to one another and didn’t need to until the time-saving benefits of simulating an entire production environment were recognized.

This is where the Functional Mock-up Interface (FMI) will help. The FMI is an open standard allowing the exchange of different models between different software applications in a standardized format. It allows companies to trade models back and forth. As a result, an organization can keep the same model but select the tool that’s best suited to each type of virtual commissioning analysis. Additionally, models can be shared and reused for other applications across the organization. While software applications support different degrees of compatibility with the FMI, the basic idea is that models can be moved from one application to another.

Two models can also be executed in a connected mode called co-simulation. Instead of being moved between software applications, the models run in their own application while they are connected to another application. This gives owners and operators valuable, holistic insights into their production environment. They can quickly and easily use co-simulation to look at alternative solutions because they’re not locked into a specific approach. 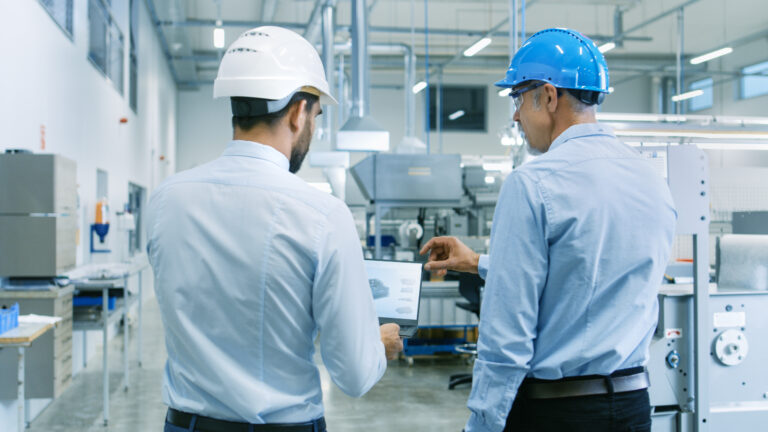 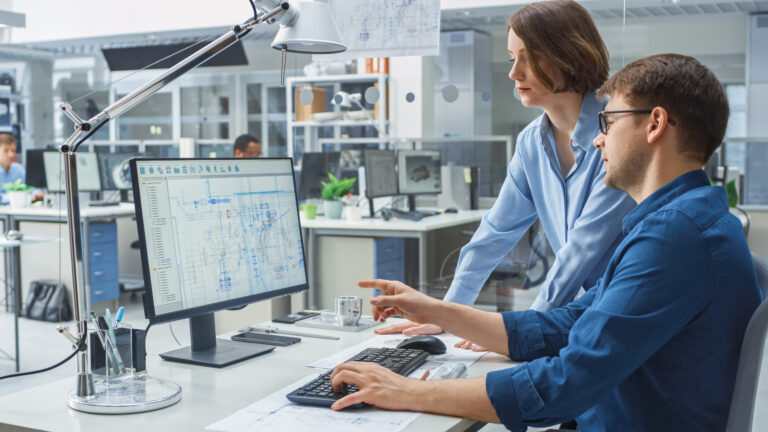 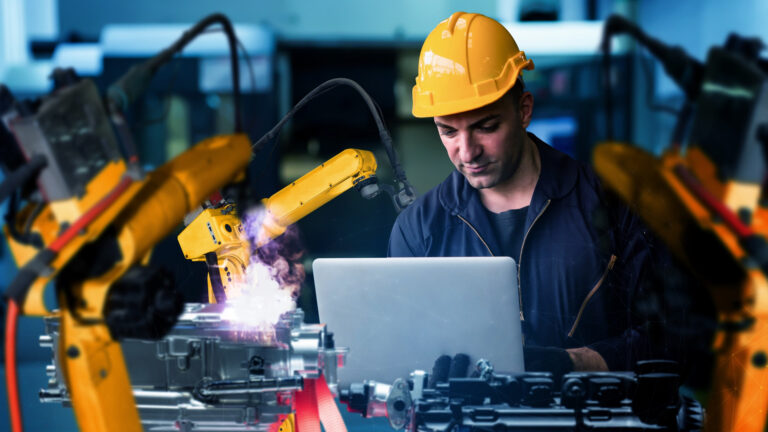